With Cavorite being discovered a couple of decades ago and it's implementation in the use of flying vessels; enabling the crossing of continents and oceans faster than ever before, the next thought was expansion into the Aether and the Solar System.
Initial tests by the Great Powers (each having gained the knowledge through nefarious means or otherwise) proved to be very successful and the first expeditions to the moon were made in the mid 1870's. Several valuable resources were discovered on the moon but only in small quantities; smaller than was previously thought and the local indigenous population were starting to get in the way...
Several prominent scientists had suggested setting up expeditions to explore and harvest the asteroid belt but given the nature of the belt only a few small outings have so far been there. What they have found has been looked on favourably but the vast expense in travelling all that way had so far negated any serious endeavours.
Mars on the other hand was ripe for the picking. A civilised culture has always been thought of to live on Mars and this being the case they would surely be open to trade for whatever valuable resources the Red Planet had to offer.
The first landings occurred in 1886 of which there is a more detailed description earlier in this journal. A series of encampments were established by the Great Powers and the exploitation of Mars began in ernest. Many similar minerals to what was already found on earth were discovered in the first few months and small mining operations were set up all over to begin the extraction process.
One of these small outposts made a discovery in early 1887 that would change the way 'Aeroneffs' were built and designed. The mine was run by the small, yet well established Sumitomo Metal Mining Company with an attached minerals scientist from The Royal Geographical Society. The discovery was of a certain type of gem that seemed to be in abundance just above the bedrock in the deserts. They came in various sizes and had the appearence on being semi precious but all had the same curious attribute; when they were dug out of the ground they shot into the sky never to be seen again. Some repelling force of nature was thought of for the strange gems and much research has gone into the discovery of what this may be.
Of course, the Royal Geographical Society were astounded by this scientific discovery but when people in power got hear of it, another purpose was destined for the gems.
Cavorite was incredibly expensive to produce and as such only the most important missions, ships and endeavours were given access to it's 'unique' properties. Now with a seemingly endless supply of lighter than air substance the arms race was on to equip new and existing neffs with the gems.
Each gem singularly could not even support a mans weight but if enough were held captive together then the possibilities seemed endless and bigger and bigger neffs were ordered.
Shipment after shipment were sent back to Earth but with disastrous consequences... The massive Aether flyers that plied trade between the planets had all but been converted to use the new gems but it wasn't to be such an easy trip. The gems had no effect on Earth at all and two Aether fliers crashed on Earth in spectacular style with the rest on hold between the planets.
The Aether fliers were converted back as soon as possible to Cavorite at great expense and the notion of cheap interplanetary flight was  pushed aside.
Of course the Mars neffs were still able to use the gems but one thing has gotten in the way of mining: the Sky Martian clans don't want the humans to have them and seem to be trying to stop them from harvesting them at any cost...
Posted by jimbibbly at 00:14 No comments:

Red Planet Miniatures hosted a game at this years Salute and a selection of the pictures are below.
The scenario was of a Sky Martian leader wanting to defect to the earther forces and he was being transported via train to New Victoria to begin talks, unfortunately for him a few of the Sky Martian clans got wind of this and tried to capture him... 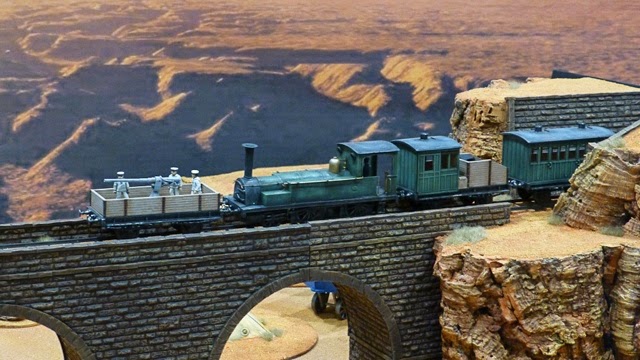 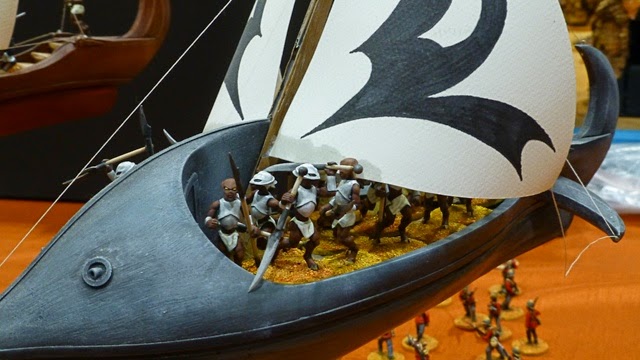 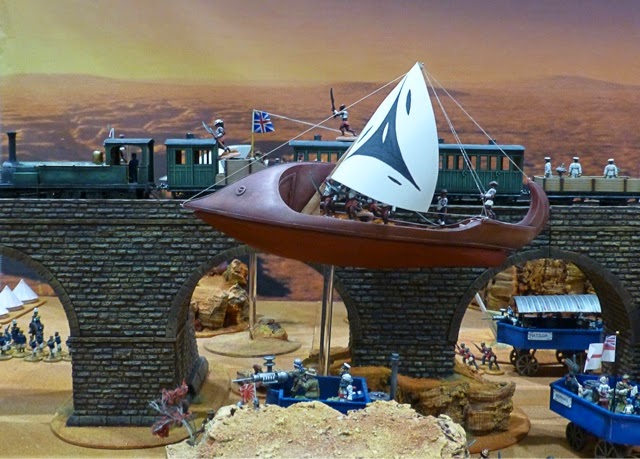 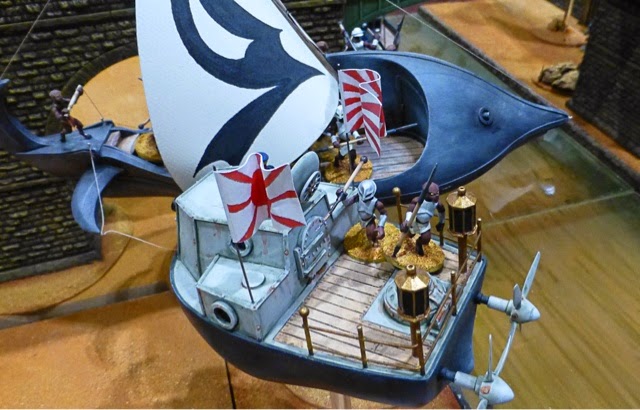 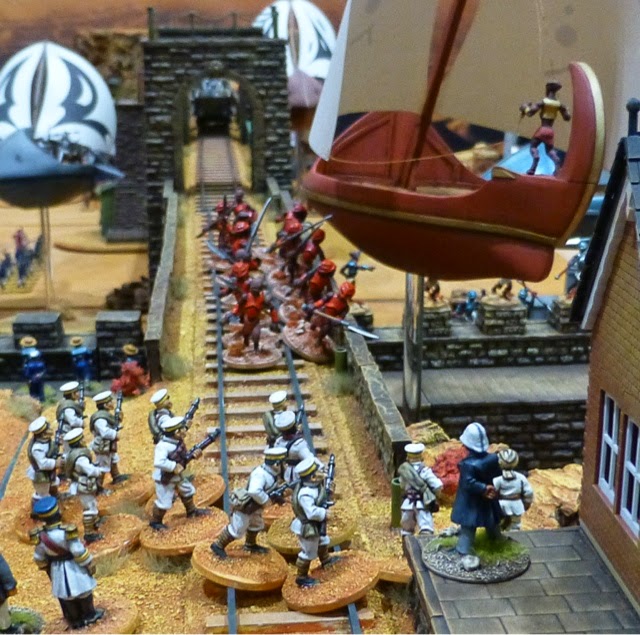 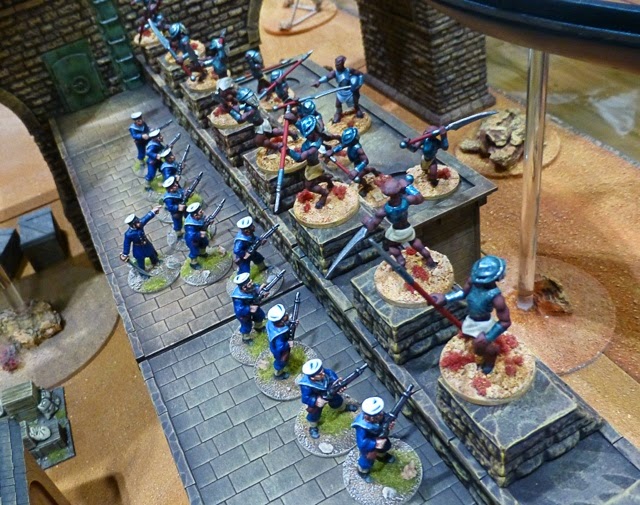 Thank you
Posted by jimbibbly at 23:09 5 comments: