Assault on the AJCME AAR

The camp was set up and a section of the Anglo-Japanese Commission for Martian Expansion was exploring some newly discovered Martian ruins. 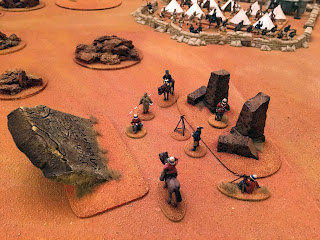 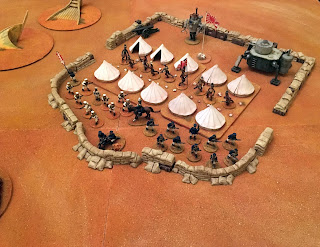 Quite literally out of nowhere, a Sky Martian clan burst from cover and charged the encampment. The loyal Aak Naks rushed to the defences but were soon beaten off. The Japanese units were pinned down behind their emplacements by unseen foes. 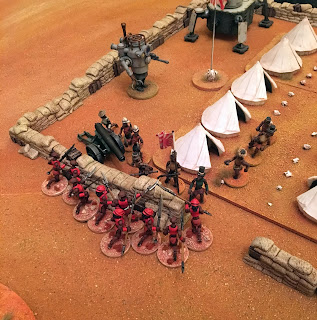 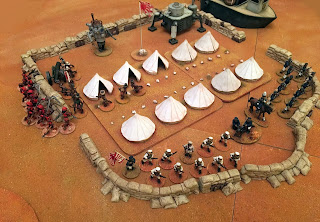 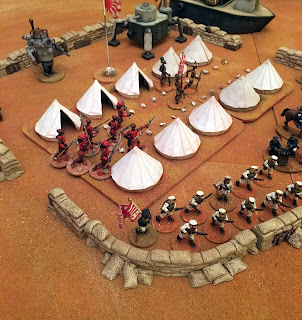 The small Japanese force, having seemed to have defeated the unseen forces turned to face the Sky Martians and gave them withering fire. The steam walker also joined in the fire after having a shakey start up. 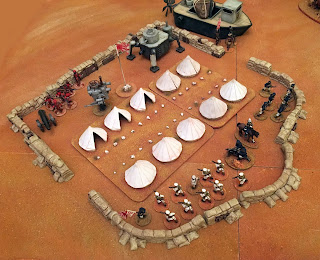 Another force of Aak Naks come to join the frey; the most disturbing thing was not knowing where they came from or who they were fighting for. 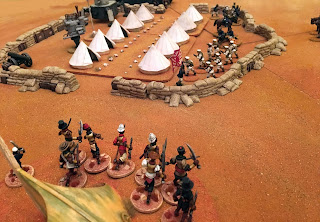 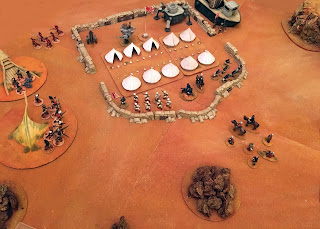 The enemy Aak Naks take the fight to the Japanese and resoundingly beat them. 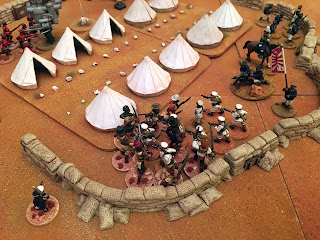 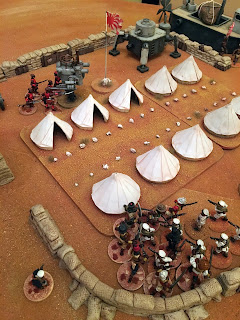 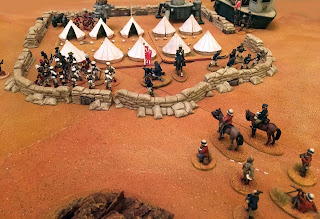 Meanwhile, the Sky Martians rally after taking a beating from the Japanese and charge back over the sandbags to assault the walker and subsequently defeat it and the pilot. 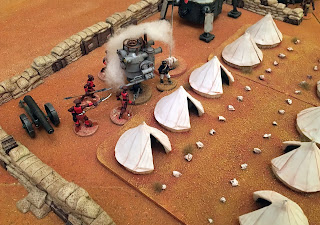 With assistance from an unknown quarter the small expedition is beaten but the attackers flee before reinforcements can arrive and surprisingly steam tech and supplies were left behind... 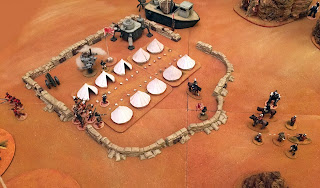 Strange events indeed. Who is this new foe and why did they leave when they did?

These are worrying times for the British and their Japanese allies when the vast majority of expeditions seemingly to have been targeted in the past few months with no apparent reason. Is there something going on behind the scenes?

Game was played using the Rifles and Spears variant of M+T with suitable VSF alterations by us. Thanks again to Happy Wanderer!

Assault on the AJCME - A Red Planet Adventure

Once again, your special Aether Correspondent, Archibald Harris-Hampton has witnessed yet more exciting occurrences on the Red Planet when the Anglo-Japanese Commission for Martian Expansion was attacked by an, as yet unidentified, commercial force...

What could this possibly mean for events on Mars now! 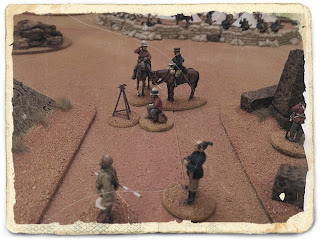