The 8:30 en route to New Victoria after dropping some supplies off at the British outpost at Kingston Plains has been stopped by a landfall at the entrance to the Albert Cutting. 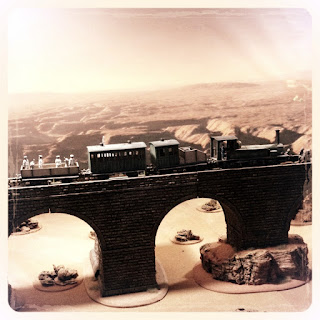 The coolies on board were sent out to try and remove the debris before carrying on with the journey and the camel corp (sans camels) used the remaining baggage on the train to erect some hasty defences in case of Sky Martian attack. 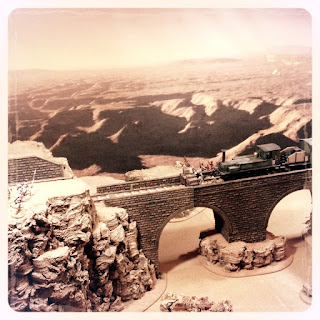 And of course, true to form, the Sky Martians make an appearance around the cutting and rapidly dispatch the coolies clearing the debris. 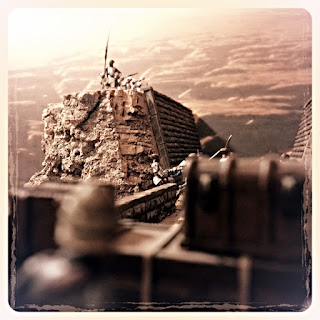 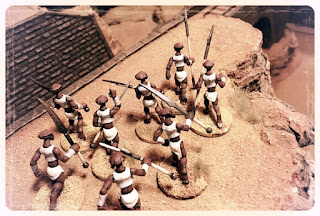 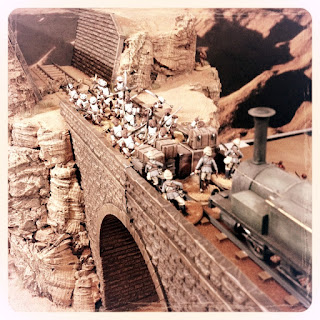 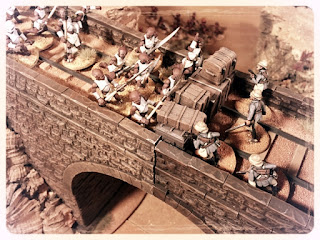 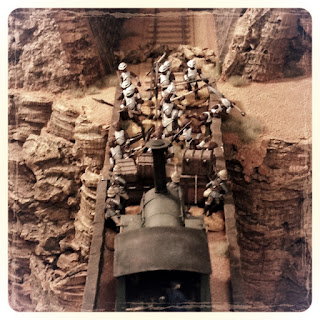 The Sky Martians take heavy casualties but manage to kill the defenders at the barricade. 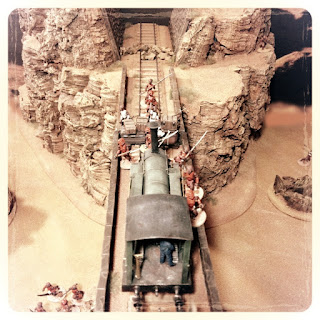 Meanwhile, another clan of Martians eventually break their way into the lower portion of the telegraph station and burst upon the camel corp at the top but not before a British column arrive; led by no-other than Captain Softlove and his companion in danger, Sergeant Ruffbrute, and start to inflict a heavy toll on the Martians. 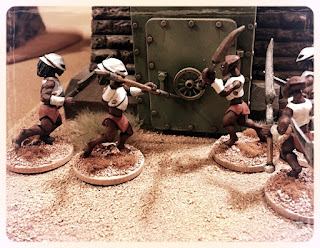 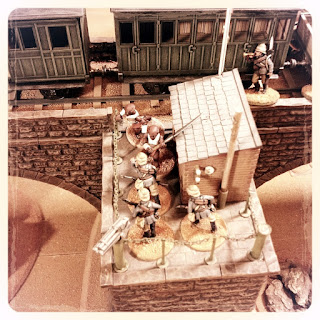 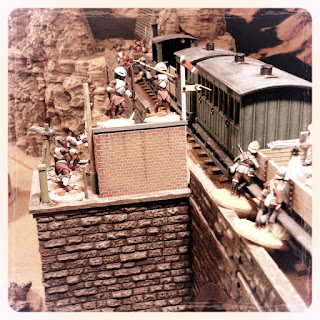 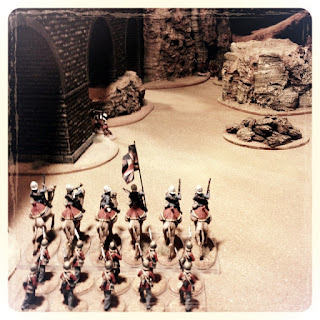 The mounted camel corp on the desert floor charge some Martians who, in their previously unknown fear of camels, retreat but then through either a prompting by the gods or some other means they turn and return the charge and create havoc. 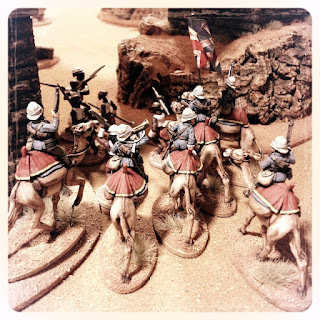 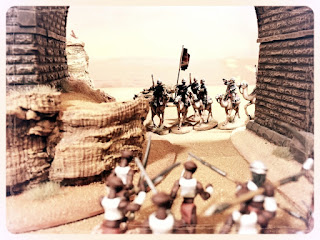 But the stalwart thin red line behind give fire and manage to see them off. 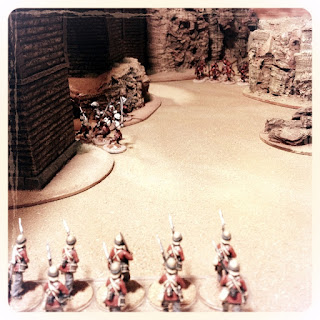 The Martians, seeing defeat close at hand retreat but not before destroying the train engine and leaving the column in disarray. 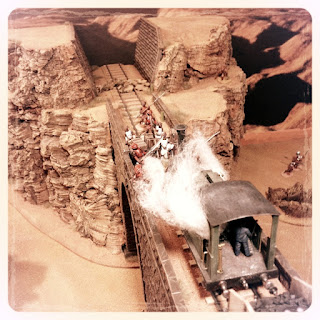 A close call indeed for the British and without the quick arrival of Softlove, who knows what might have happened. Fortuitous to say the least...

Sky Martian attacks in recent months are becoming ever more frequent. There even seems to be an element of luck in the way the Sky Martians are able to find, and descend on targets so quickly. Maybe there is more going on here than meets the eye...

Game was played using the Rifles and Spears variant of M+T, thanks again to Happy Wanderer!