Of flora and fauna

Mars isn't dead, it's dying and there is still plenty of life on the red planet whether it be plants or animals.

As Mars slowly withers away, direct water sources are becoming scarce; underground water tables being the main source for the numerous plant types that grow here. The various flora of Mars have adapted quickly to the changing environment and are steadily becoming similar to some desert species on Earth. The most common being the Ba'baak tree.

These trees store huge amounts of water in their bloated trunks and have one massive root covered in small tendrils that can extend down more than 50 feet in a bid to reach water. The bark is hard but a determined seeker of water can penetrate it without too much difficulty. Because of the rapid changes in the amount of water available the bark of the Ba'baak can split enabling easy access to the somewhat juicy flesh of the interior.

This flesh has a slight bitter taste to it but has nutritional benefits that can outweigh the flavour. The pulp can also be fermented and is brewed by the Sky Martians into an intoxicating liqueur. The bark itself can be stripped into long husks and made into a crude rope which Sky and City Martians use for the more heavy duty tasks.

The model itself was made from Supersculpy over a former of blue foam. Indents were made to represent the bark and a wire tree frame work was added to the top. One thing to note about blue foam is that it shrank quite considerably when the Sculpy was cooked in the oven (to harden it) and unfortunately the shell of Sculpy cracked, but you don't really notice. I'll use a different former that's heat resistant next time.

It was painted with Foundry American Tan, given a wash of some sort of GW brown ink and then drybrushed with a pale grey. Some winter tufts were added round the bottom to give a bit more detail. Finished and wip photos are below. 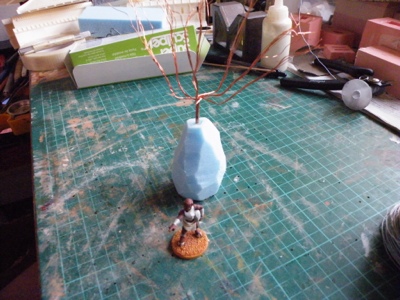 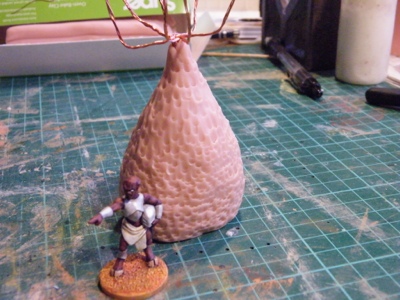 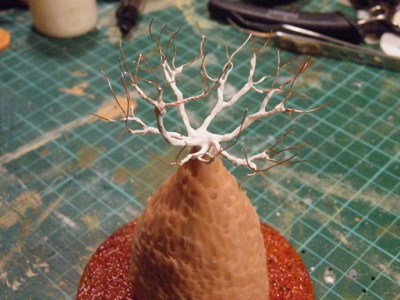 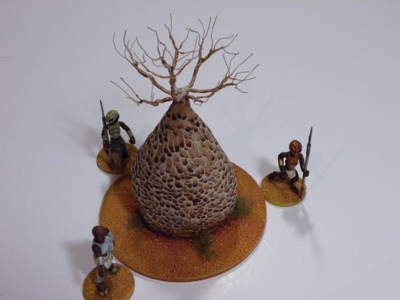 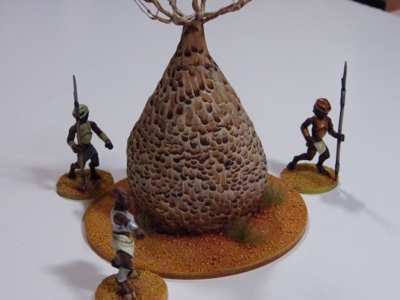 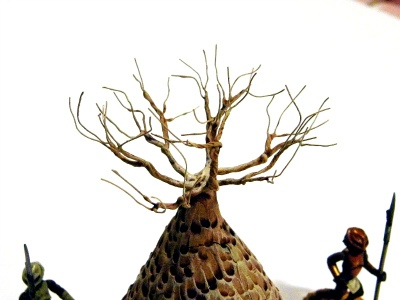