Armour colours of the different clans

There are numerous clans of Sky Martians on Mars and each tends to have its own distinct armour colour therefore making it relatively a simple affair to distinguish between them in the event of multiple clan feuds.

The differing colours are achieved viv two main methods; either from ground minerals or from distilled insect shells. The armour itself is made from hardened leather but it is much stronger than the hardest leather on earth. Each piece of armour, be it torso or vambraces etc, can take up to a year to make thus making the armour a prized possession.

The colour is applied in one of the many layers of laquer that are painted on towards the end of the whole process. The insect shell method is the more time consuming and therefore the most sought after but this is unfortunately becoming a disappearing art; the secret being lost over time.

The mineral version is the more common but the colours are not as vibrant. Some clan leaders and their elite warriors are starting to mix colours in the armour to make themselves stand out more but most are staying with tradition with only one colour for the entire clan.

Various families within the clan tend to distinguish themselves by the colour of the loincloth or any other cloth that they might wear. Some families have simple patterns woven into the cloth, mainly straight bands of a complementary colour.

Below we have four examples of Sky Martian armour colour. The first is most common as it is the most simple to achieve but there are several different hues of the white so no two clans look the same. 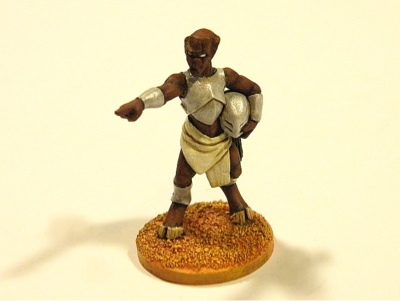 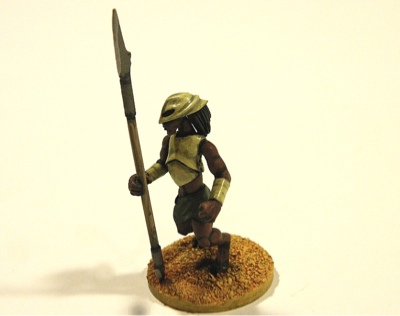 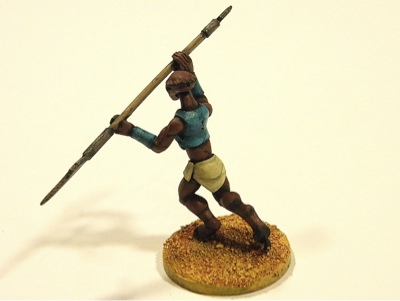 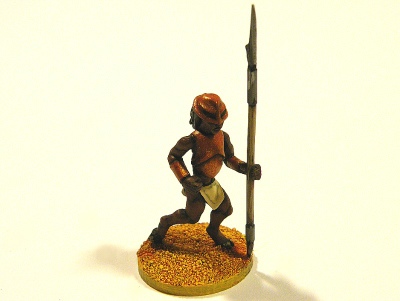