As we wait for some new character figures to be sculpted I thought I would have a go at converting the existing character that we have. Just a simple arm swap and the addition of a cloak was enough for me to distinguish between them.

The right arm was swapped with a normal arm with an open hand from the trooper pack and glued in place on the shoulder joint. This then had to be bulked out as the character was designed to be bigger and stronger than the normal warriors. It was bulked out with Super Sculpy which I'm really starting to enjoy sculpting with. I only had to bulk out the upper arm and the vambrace.

After this was cured in the oven I rolled some Sculpy out and cut out a rudimentary cloak and shaped it around the back of the figure. It's similar in style to a roman cloak but being on a Martian I think it looks the part.

This was also cured and then I made a spear for him to carry. It was made in the same way as the masters for the trooper weapons. A brass haft and a styrene blade.

He now has a coat of primer and I'll do a painting post in the very near future. 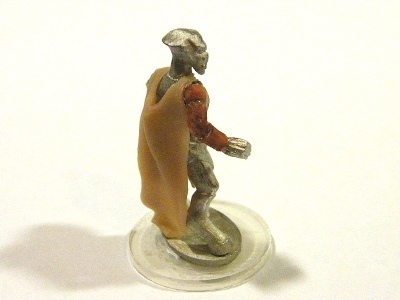 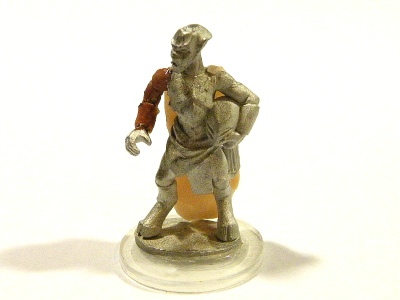 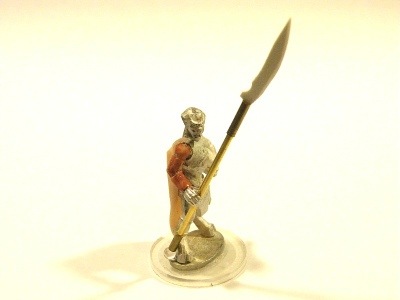