The initial dispositions of the bridgehead forces with a small column led by Lieutenant Tamiya out on manoeuvres. 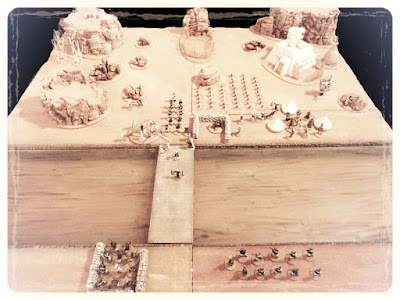 The bridge construction was proceeding well. 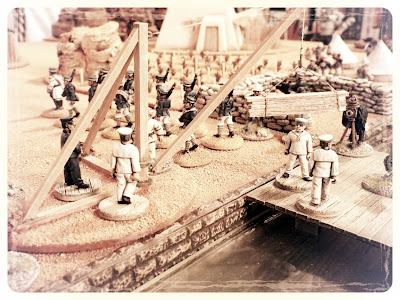 A small element of Her Majesties (Gawd Bless 'Er) survey team scout ahead for a route for the Great Martian Western Railway... Unfortunately, they were looking in the wrong direction... 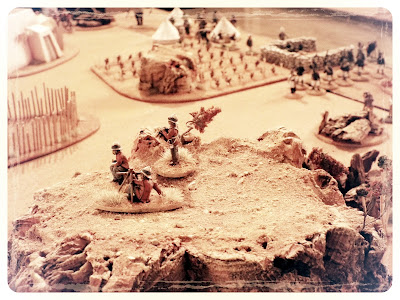 The Martians manage to sneak up on the unsuspecting imperial forces until it was almost too late. 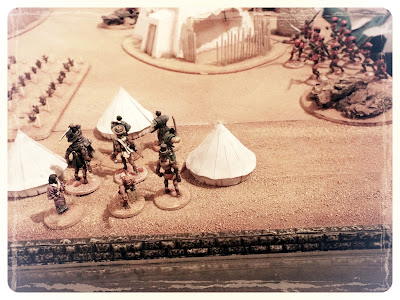 Bitter hand to hand fighting ensued with an element of the Imperial Princesses Hatamoto (bodyguard) and a small section of the Martian Native Askari Corp giving the intruders what for and seeing them off. 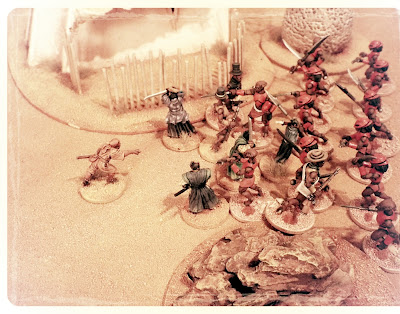 With the civilians fleeing with the Princess (will she never learn) more Martians arrive and make short work of the forward column with Lieutenant Tamiya last seen going down in a seething mass of Martians polearms... 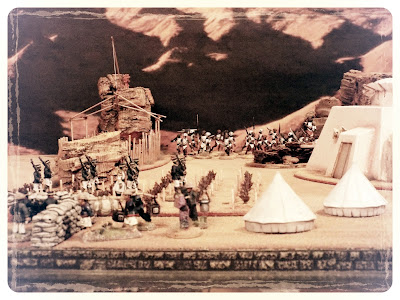 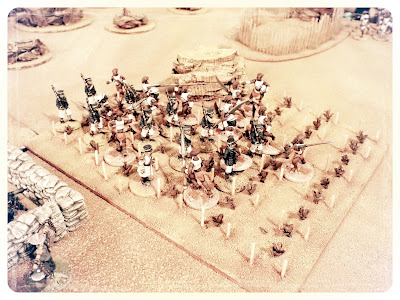 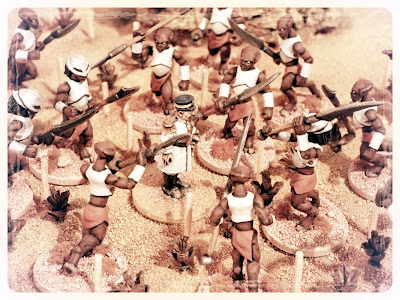 The remaining units make a stand on the newly constructed bridge, with civilians fleeing left right and centre, in a desperate attempt to hold off the madding hoards. 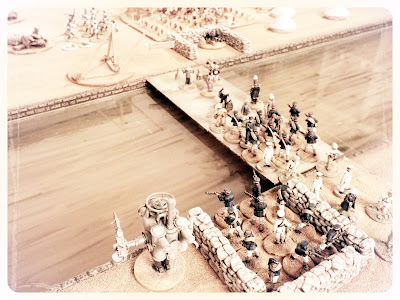 The lone machine gun emplacement at the fore fails to halt the attack and suffers drastically. 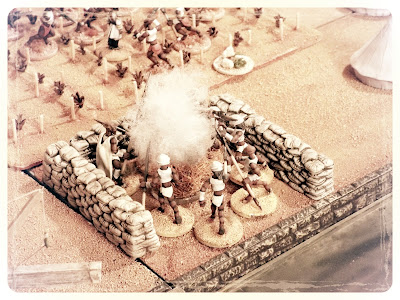 With civilians mostly out of harms way the Imperial troops were able to lay down a barrage of heavy rifle fire but with seemingly little affect. 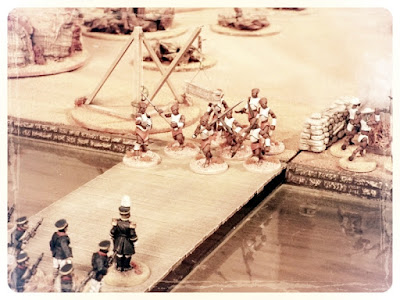 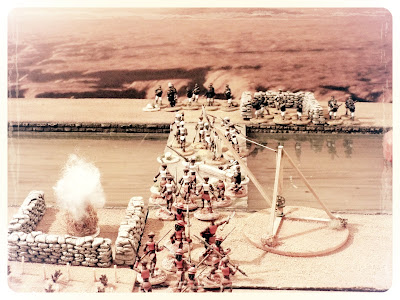 A new behaviour of the Martians was noted in the fact that they seemed to want to destroy everything to do with the construction site. 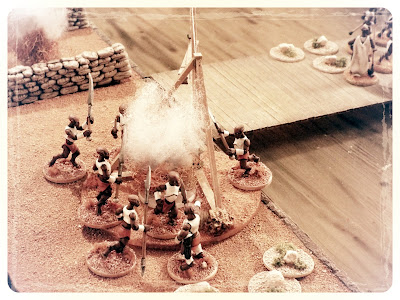 With one remaining unit lead by Lieutenant Bandai in the south redoubt giving as much fire as possible but running dangerously low on ammunition, things looked desperate indeed but low and behold the Martians appeared to have had enough. 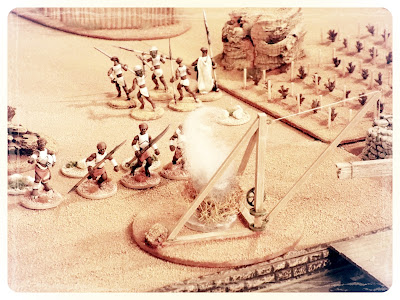 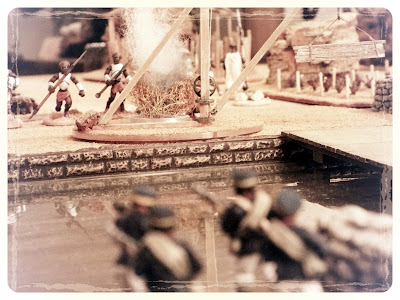 Victory! Not only were the civilians safe but the bridgehead was secured. This new behaviour of the Sky Martians has been reported back to the Royal Society for further study.

Without a doubt, War on Mars will continue...

The Anglo/Japanese alliance were very fortunate that this was only a small Martian war party, although it was noted there were several different martian clans banded together. Whilst during initial engagements the Martians were bent on killing they are now seen to be sating their lust for blood by butchering the recently dead and feasting on their intestines! Our loyal Martian Askari tell us these are death rituals that give the participants great power in battle. The fiends!
Posted by jimbibbly at 07:13