I have been working on some new terrain to fight over in our expanding Mars campaign. Just some simple mesa and a low level railway.

The mesa are quite simple builds. I started off by cutting up cork bark to the right sort of shape and filling in the small gaps with scraps and sticking the whole lot on a hardboard base. Ready mixed wall filler was applied to the bases and tops of the mesa to fill any remaining gaps and create a slightly uneven surface. Sand was applied to all the top surfaces of the mesa and base and once this was dry the whole thing was given a wash of watered down Windsor and Newton burnt sienna ink. After a day or so, I worked up through the Foundry ochre triad to get the desired reddish hue. This is the same process as shown for the temple earlier and pretty much for most of the Mars terrain. 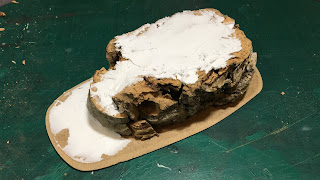 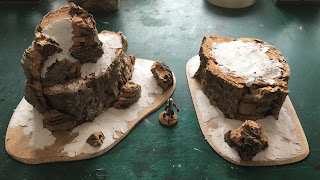 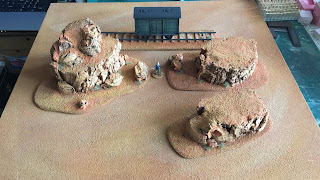 The next bit of terrain was a low level railway (saves getting the viaduct out all the time). A very simple build which consists of a hardboard base, 5mm foamboard on top cut with a slight chamfer and then filler and sand applied on top but being careful to avoid the sleepers that are stuck on the foamboard. Same colours as before and a bit of ‘dry’ grass tufting here and there. I have a jig to lay the rails down and the rails are simple 'i' beam styrene extrusion that don't even need painting please excuse the feet in slippers). 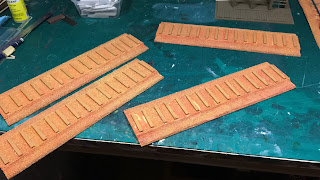 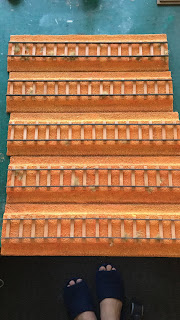 I also got a small, simple derrick completed to add a bit of a different type of scatter terrain. After looking at some suitable railway model photos online the construction was begun with a simple balsa frame and mechanism. The arm of the crane also rotates. The balsa was given a watered down ink wash and brought up again with some subtle drybrushing. The base was completed in the usual way. 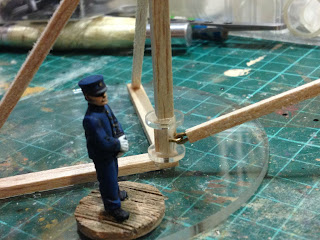 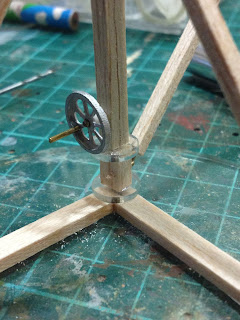 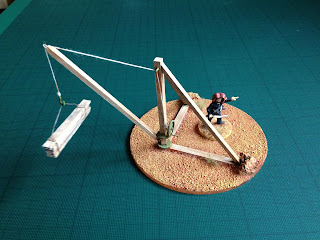 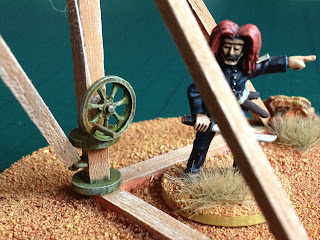 There will be some more terrain for Martians at some point in the near future so watch this space.
Posted by jimbibbly at 11:37