In order to make our Martian settlements look inhabited some market stalls were in order. Just the one for now as it's a test for further versions but it turned out quite successfully.

The first thing to do was to make the frame for the canvas. The frame and canvas is a recurring theme throughout City Martian architecture (although I've yet to add canvasses to most of the completed terrain). 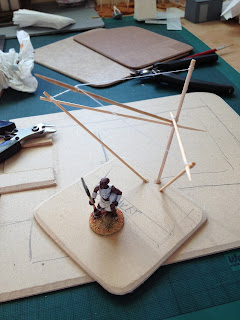 Once the frame was made the base was textured and painted as it would be easier to do this now rather than when the canvas was in place. A start was made on the merchandise table.This used some readily available 'goods' from various sources but the idea is to design something for the City Martians specifically and have them for sale. 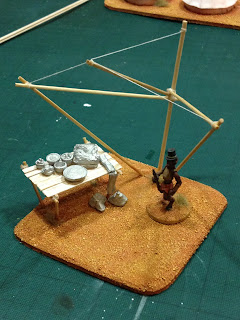 Once the goods and table were painted I added the canvas using industrial white towel (an over the top name for some thick tissue) and gave it a wash of watered down pva and ink. It was given a quick drybrush once stuck in place and the vendors sign was made from paper and stuck on the front. A start has also been made on a larger stall and soon I'll also have several more on the go as they will help populate the City Martian settlements. 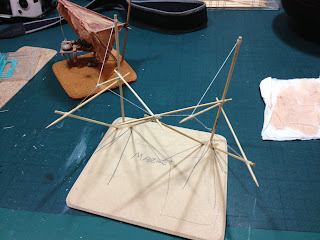 Here are the photos of the finished article. I forgot to take some pictures with a human figure next to it as it's quite large because our Martians are a good 35mm tall. 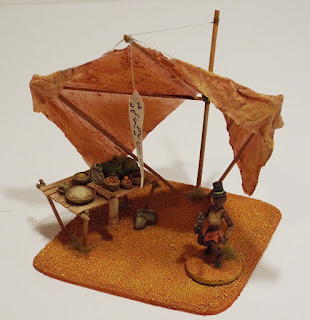 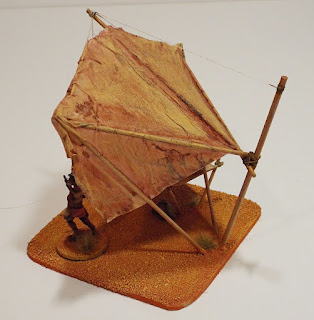 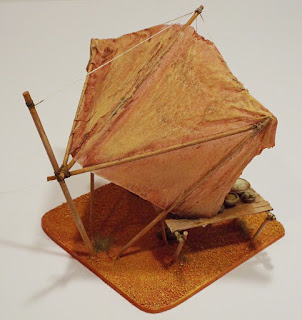 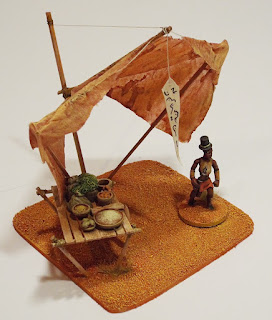 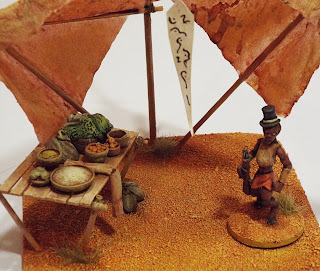