A small scouting force of Japanese had been dropped of by a passing Great Martian Railway express train in the hope of finding out the situation regarding the supply depot. 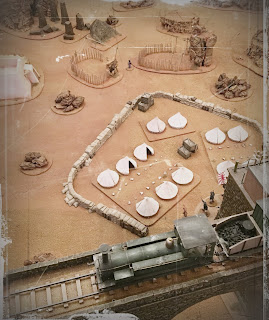 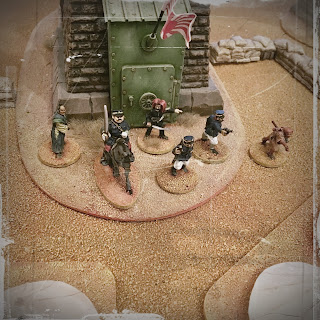 The Japanese advanced into the compound to assess the situation but to the surprise of the commander there was what appeared to be the Princess Imperial in amongst the City Martian animal pens. 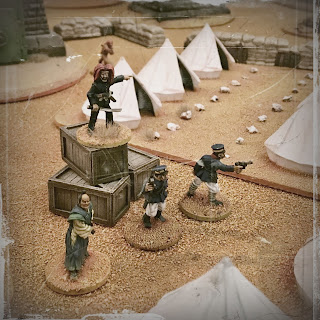 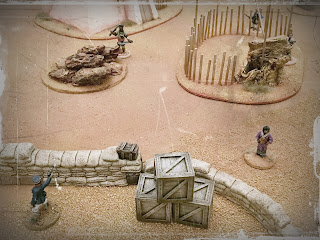 It however turned out to be a trap as a mix of unruly looking individuals were seen moving through cover towards the compound. 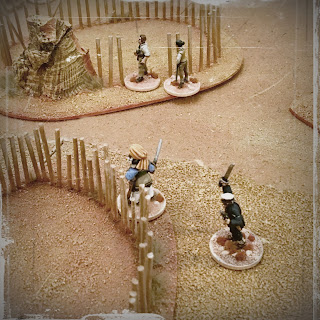 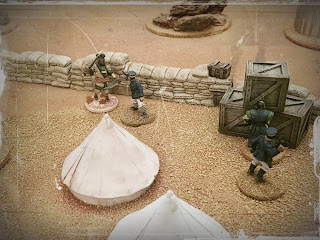 The band of 'ruffians' started to approach the compound firing their weapons whilst the Japanese took cover behind the barricades. The Japanese commander, being mounted, manoeuvred his horse outside the protection of the compound in an attempt to out flank the attackers. 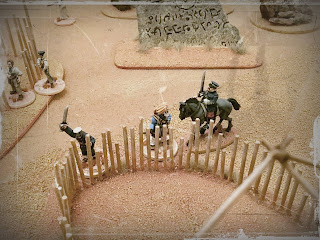 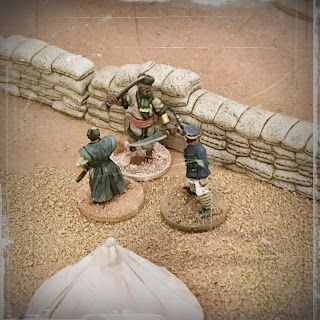 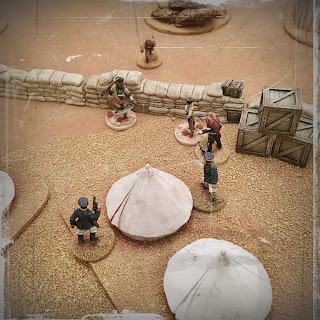 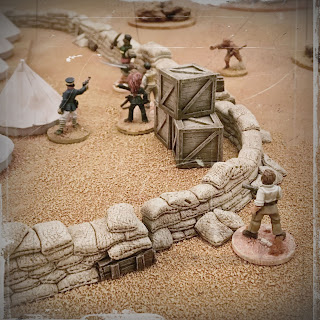 With the Japanese commander down, the head ninja Igo Yugo missing, presumed dead and the compound breached it was time for the Japanese to withdraw with what survivors they could muster and attempt to return to New Victoria and report back. 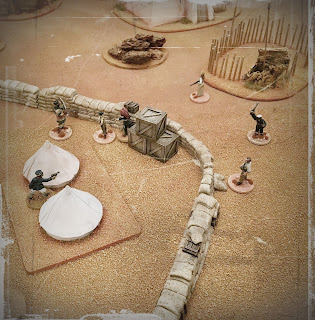 The below photograph is the last known image taken of Igo Yugo, his whereabouts are still unknown; along with the fate of the Princess Imperial... 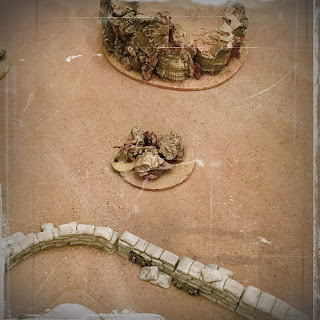 It would seem that this Great Martian Trading Company are going to great lengths to disrupt the status quo on Mars. What nefarious purposes do they have in mind and what will be the outcome of these seemingly random events.

Game was played using Wiley Games Galactic Heroes and Tales of Horror rules with suitable VSF alterations by us. Available from HERE