A regular supply run to a newly established camp 250 miles north of New Victoria seemed to be going according to schedule when forward observers of the column noticed a number of what looked to be Sky Martians in the distance. 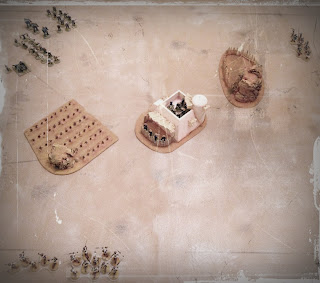 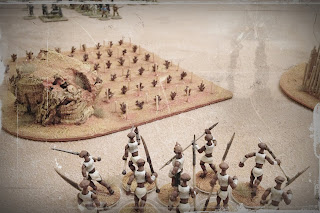 The coolies carrying the supplies tried to quicken their pace to gain the safety of the farm building but the Sky Martians were too quite for them and they got caught in the open and were decimated.

The Sky Martians then preceded to charge the columns support artillery but were seen of with a furious fusillade of fire. 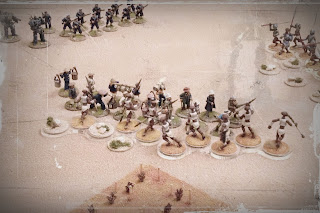 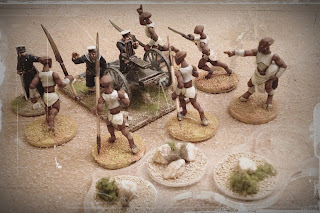 Captain Rodger Boyes of Her Majesties Impervious Suit Detachment charged forwards and saw off the Sky Martian attack only to see what appeared to be a Sky Martian skiff bearing down on the farm building. 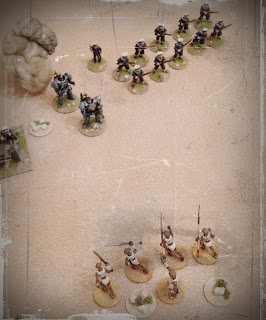 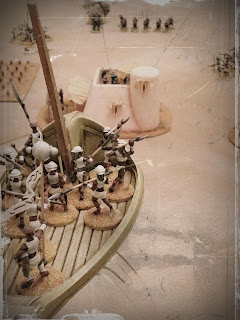 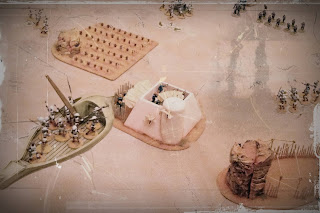 The Sky Martians on board their skiff threw some rustic javelins and what appeared to be bolas onto the troops occupying the farm but were driven off in a hail of determined rifle fire. 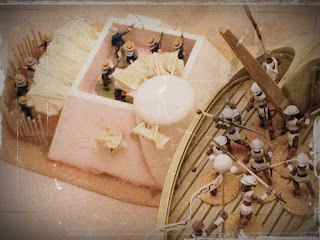 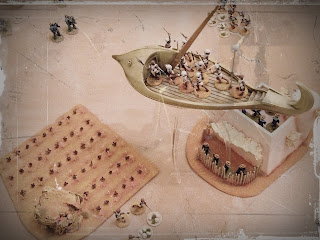 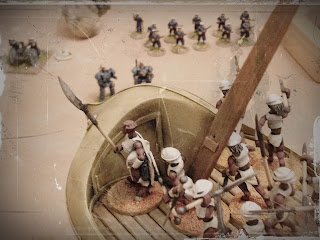 With the Sky Martians in full retreat the only assumption that can be made is that they were trying to disrupt the supplies to the farm; an action which follows the Sky Martian behaviour to the forces of Her Majesty on Mars.

A last view of the Sky Martian leader was gained as they made their escape into a nearby canyon complex... 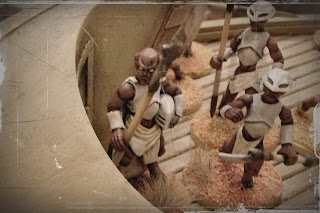 So the Sky Martians are continuing their campaign of random attacks against the forces of her Majesty and the other powers on Mars. We can only assume that these attacks will continue but will they escalate?


Game was played using a modified version of Muskets and Tomahawks with thanks to Happy Wanderer for the alterations.